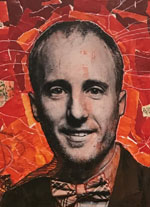 Beginning 25 years ago when he was teaching lessons and directing church music groups, Mr. Manchester’s career has been characterized by creativity and engagement. From Pre-K to college, ensembles to music theory, pop music to jazz and art music, students have inspired to create, connect, and understand music in personal and meaningful ways.

Currently in his 16th year of public school teaching and 12th at Bexley, Mr. Manchester teaches general music to grades K-5 at Cassingham Elementary. There students regularly integrate music with other disciplines including literary arts, science, technology, visual arts, and more through hands-on experiences and with the assistance of guest professional artists and composers.

Mr. Manchester has presented locally and internationally, most recently at Malone University and as a TedX speaker at TedX Yearling Road (https://www.youtube.com/watch?v=umA0K6aE15U). He also directs workshops for IPERC, a Chinese student exchange program, and #SimpleSummerSTEAM workshops in the Columbus and Southwest library systems. In addition to classroom websites, Mr. Manchester’s work can be seen on Twitter under the handle @manchester_edu.

Mr. Manchester lives with his wife Jeanette and daughter Oliviya in New Albany. In addition to making music together, they also enjoy international travel and paddleboarding/kayacking.